But I Surrendered My Property in My Bankruptcy!

Posted by Robert Weed / in After Bankruptcy / 6 comments

It doesn’t force the finance company to tow your car.  Or the timeshare people to foreclose the timeshare.  And it doesn’t make the bankruptcy court take anything.

Sue got a bad car loan and a bad car from a “buy here, pay here” car dealer.  The car is a 1999 Oldsmobile and it doesn’t run.  Sue still owes $6590.  Before, the dealer called Sue day and night, demanding payment, and threatening to garnish her and repossess the car. 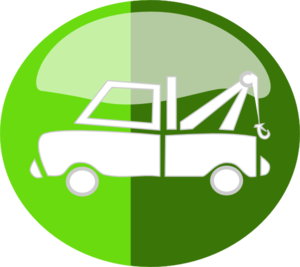 Filing bankruptcy does not force the finance company to tow that junk car that won’t run. Bankruptcy gets you out of debts. It does not get rid of stuff nobody wants.

Sue WANTED him to repo the car–because she can’t afford to fix it.  But he never does.  He knew it wasn’t worth much when he sold it and he now knows it’s not worth towing away.

Now, the dealer can’t call Sue.  He can’t garnish her pay.  BUT he still won’t pick up the car.   She still can’t afford to fix it–and now its drawing tickets because the inspection has expired.

Sorry, Sue, you still have that problem.  Bankruptcy got rid of the debt, but it does not get rid of stuff nobody wants.

Mike owns a campground timeshare.  Made sense when he bought it–but hasn’t used it in years and it’s not worth the $550 annual maintenance fee.

When Mike filed bankruptcy, he was two years behind–and they were calling and threatening to garnish him.  Now that he’s filed, they’ve stopped calling, and they can’t sue.  But on January 1, they sent him a bill for another years annual maintenance.

Sorry, Mike, you still have that problem.  Bankruptcy got rid of the debt you didn’t want.  But it does NOT get rid of the stuff nobody wants.

Is there any help for Sue and Mike?

Usually, people like Sue can find a junk yard or small repair shop which will take the car off her hands–if she pays them a small fee.  But she can’t force anybody.

In the same way, the timeshare people will usually accept a deed in lieu –so they can turn around and sell that campground to someone else.  But Mike can’t force them.   If you own stuff that you want to get rid of, there’s no bankruptcy junkyard where you can just “surrender property.”  You need to talk your way–or buy your way–out of the problem.