How soon after bankruptcy can I buy a house again?

Posted by Robert Weed / in After Bankruptcy / 101 comments

How soon after bankruptcy can I buy a house again?

Sooner than most people think.  And for some, it just got even better.

That’s because of a new policy from the Federal Housing Administration, announced by FHA Commissioner Carole Galante. Under that new policy, some people can get approved to get an FHA backed mortgage as soon as one year after the bankruptcy.  (Here’s that announcement, August 15, 2013, 13-26ml   Or here.)

Under the new FHA policy, how soon after bankruptcy can I buy a house again? 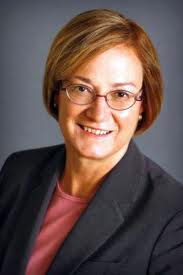 How soon after bankruptcy can I buy a house again? FHA Commissioner Carole Galante just made it just one year for some people.

There are some other rules.  Here’s the big one.  Your bankruptcy–and your loss of your previous house–has to be because of a six month loss of income of at least 20%.  Job loss, major pay reduction, or maybe you lost of a lot of time from work for medical reasons, or something like that.

Kids got too big for the old house–that won’t get you the one year rule, either.

What about marriage break up?  The way I read it, eligibility depends on household income.  If both spouses were on the old mortgage, and were working, and they split up, then the “household” income dropped.  The way I read it, that’s an “economic event” that gets you the one year waiting period.

What else do you have to do?  You need to show you had good credit before the “economic event.”  Before you had that job loss or paycut, or break-up, you needed to be pretty much current on everything.  If you were dragging around bad credit even before you took that paycut, you can’t get in that one year policy.

And you also have to be counselled by a housing counselor.  Springboard seems to have a useful site, here.

What if you don’t have that “economic event”–the loss of 20% or more of your income.  You still have the same question.  How soon after bankruptcy can I buy a house.  That rule is two years after the bankruptcy discharge, two years after s shortsale or deed in lieu, three years after a foreclosure.  That’s found in the FannieMae Selling Guide, look at page 486.  Those rules are if there are “extenuating circumstances.”  “Extenuating circumstances” don’t have to be as specific as the 20% loss of income that counts as an “economic event.”  But there has to be some actual hardship–not just a strategic default.  If you just decided to not pay, the rule is seven years.

On July 29, 2014, Fannie Mae cancelled the three year after foreclosure rule for people who file bankruptcy.  Their announcement is here.

You have to get two years past the bankruptcy, but you do NOT have to wait until three years after they actually foreclose.   But while you don’t have to wait three years, people trying to buy a house tell me they still get turned down if the house is still sitting there without a foreclosure.  That’s one reason I tell people, don’t move out.

An October 22, 2014 article in the New York Times reports only 337 people nationally were approved in the first year of the program.  Bank of America, Wells Fargo and Chase all said they would NOT help people under the one-year program. Safa Javid at Movement Mortgage is able to help some people get FHA Back to Work mortgage loans as little as one year after your house was foreclosed–if you can documents both a severe reduction in income and then a strong income recovery.

A mortgage company in Annandale told me that they make these loans.  They are called FHA Back to Work Loans.

They want very strict paperwork, both on the hardship and on the new current income. But if you meet the requirements, you can get approved.