Debt Settlement or Chapter 13 Bankruptcy Which is Better?

Debt Settlement or Chapter 13 Bankruptcy: Which is Better?

My friend Roberta knew she was in financial trouble, but she wanted to try pay her debts. Rather than file Chapter 13 bankruptcy, she signed up for a debt settlement company, who promised her a “customized reduction plan.”  Over 18 months she paid $23,673.00.  And the debt settlement company settled two of her credit cards:  A Chase card for $10,496; and another Chase card for $9719.  With their fees and overhead, Roberta’s payments to debt settlement totaled $3458 more than the total of the debts they settled. 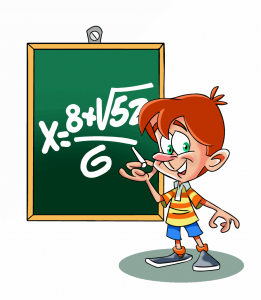 That debt settlement company promises “you will settle your debts for less than you owe.” Settling for less than you owe doesn’t necessarily save you money.  It depends on how much less they settle for.  That’s because most debt settlement companies charge you a 25% fee.  (Plus a monthly account fee, usually $10.00) That fee isn’t 25% of what they save you–it’s 25% of the whole debt.  So if the creditor is only willing to settle for 75% of what’s due, you have no savings at all.

While she was settling the two Chase cards, her other creditors weren’t getting paid. Two Bank of America cards, two Citibank cards, and a Target card were all reporting her to the credit bureaus every month as late.  She had nineteen months of being reported as late–and of those 13 months were reported as “charged off.”

Finally, after being ignored for 19 months, Bank of America sued.  (I say finally because Roberta was lucky–or unlucky–that she didn’t have Discover or Capital One. Both of those companies are much quicker to sue than Bank of America.)  That’s when she realized debt settlement was not working for her.

I See Debt Settlement a Lot

Roberta’s experience is typical of what I see.  She kept really good records, so I could understand exactly how it worked out for her.

The big debt settlement companies have thousands of happy customers. Maybe you’ll be one of them.  To help you decide, I put the advantages of debt settlement compared to Chapter 13 for you to read and think about.  (I’ve written on this twice before, but not in much detail.)

Debt Settlement vs Chapter 13: What are the Advantages?

Debt Settlement:  You get a debt forgiveness 1099 when the credit card company settles for less than the entire amount.  If the Debt Settlement Company reduces your debt by $22,500, you get a 1099-C for that and you likely owe $6,243.60 in federal and Virginia income taxes.

Chapter 13.  There are no taxes on debt discharged in Chapter 13 or Chapter 7 bankruptcy.

Total You Have to Pay

Debt Settlement companies try to get creditors to settle for 50 cents on the dollar.  But while you are paying off your first few settlements, the other creditors continue to add interest (often at 29%) and late fees.  (Usually, after six months, the credit card companies stop adding interest.)

Chapter 13 freezes the balances on your credit cards and unsecured loans.  In Chapter 13 you have to pay “all you can afford” according to a formula written in the law and applied by the bankruptcy court, but never more than the total of the debt, sometimes far less.

Advantage: It depends. Debt Settlement is definitely better if the creditors all settle quickly and if the bankruptcy court would decide you can “afford” to pay your debts in full.  Otherwise Chapter 13 can be better.

Do All Credit Card Companies Participate?

Chapter 13:  Chapter 13 is a federal law. Creditors can apply to the bankruptcy court to get paid. Or if they don’t apply, the debt is discharged (cleared) even though they get nothing.

Debt Settlement: National Debt Relief posts this warning in bold.  “If you don’t repay or settle the debt, the debt collector can sue you.” Unless you have enough money to settle with all your debts quickly (and pay the settlement fees) the creditors NOT getting paid are likely to sue.

Chapter 13: Chapter 13 is a court order for the creditors to leave you alone. They can’t garnish, they can’t sue, and all pending court cases are stopped.

Chapter 13 is established by law. When you file Chapter 13 you have a law on your side.

Debt Settlement tells you to stop paying all your bills–and some admit they do NOT start to negotiate until you’ve been making monthly payments to them for six to twelve months.  That’s six months or more when none of your creditors are getting paid anything. And after that, the debts are settled usually one at a time, while other continue to go later. Just not paying your debts looks irresponsible.

Chapter 13 proposes a payment plan to a judge. That shows your security clearance officer that you have taken responsibility for your problem and are working out a solution.

When they work, Debt Settlement programs can save you about 25%–which after taxes would be more like 15%–of the total you owe and they spread your payments out over three years or so. That savings can be substantial.  But, if some of the credit cards get tired of waiting while you settle with others, then you have a year or two of terrible damage to your credit, followed by the sheriff bringing court papers to your door. You end up where you didn’t want to be, talking to a bankruptcy lawyer about Chapter 13. Or maybe Chapter 7.

I told you at the top that Roberta paid $23,673.00 on her debt settlement plan. Where did she get that money?

Through most of the last 19 months, Roberta was able to get a COVID forbearance on her mortgage payment.  She was able to pay the debt settlement company by NOT paying her mortgage, and putting the missed payment on the end.  Of course that means she really could NOT afford debt settlement at all. It also means that she would have been able to propose a very low payment in Chapter 13, because in Chapter 13 the court allows you to budget the money you need to pay your mortgage.  That $23,673.00 was money down the drain.