Right After Bankruptcy, Carla Signed on a Car Loan

Right After Bankruptcy, Carla Signed on a Car Loan and She’s Probably Gonna Lose Her House

Two years after bankruptcy, I’m seeing people get car loans in the 6%-8% range. Three years in the 2%-4% range.

So please please please do NOT tie yourself to a 24% car loan right after filing bankruptcy. Here’s a true story that tell you why not. Carla filed bankruptcy with me in 2014. Six months later, she co-signed on a car loan for her sister. The loan was financed by Credit Acceptance, at 24% interest.

After a year, the sister stopped paying. Carla paid for a while, but when she stopped, or course that car got repossessed January 2017.

Fast forward to 2019. Credit Acceptance gets a judgment for $8600, attaches that Judgment to Carla’s house, and puts a garnishment on her pay check.

Carla is stuck. She can’t afford the house payment while being garnished. It’s too soon to file Chapter 7 bankruptcy, again. And if she could, the equity she’s built up since 2014 means the bankruptcy court would take and sell her house. And while she’s eligible for a Chapter 13 bankruptcy payment plan, she can’t afford that payment, either. (Under Virginia law, with terrible equity protection for single people, her Chapter 13 would have to pay all her debts in full.)

Two mistakes. First co-signing for someone whose credit was worse that hers!! Second, letting the dealer arrange financing at a terrible rate.

While it’s especially important right after bankruptcy, that’s always good advice. Shop for the car loan, before you shop for the car. (Unless the factory is having trouble selling their cars, dealer financing will always be more expensive than the best loan you can get for yourself.)

Sometimes, some people have no choice. They have to finance a car just a few months after bankruptcy. If you really have to, here are some of the places you can look.

722 Redemption Funding. These people are in the business of car loans immediately after bankruptcy is filed. they will put you in a bad loan; but probably a much better loan than the horrible loan a car dealer would recommend.

Bankruptcydrive.com is a new company that contacted me recently. I don’t know much about them.

Tower Federal Credit Union. Tower is the largest credit union in Maryland, and they make car loans to people in Virginia. I’ve seen them make loans to people right after bankruptcy that were better than I expected.

I’m not recommending any of these three. What I recommend is getting at least two years after your bankruptcy discharge before you finance a car. But if for some reason you can’t wait, shop for the loan before you shop for the car. And shop at least three places: try to get the best bad deal you can get. 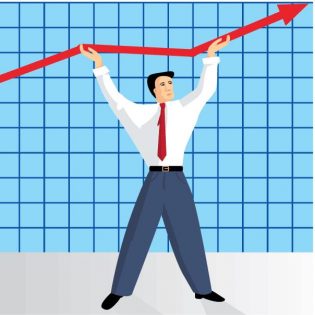