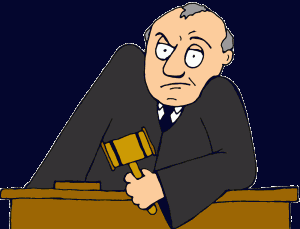 If the bank took over your house in a foreclosure, either before or after filing a bankruptcy,  you will receive a copy of a 1099-A.  Form 1099-A is a form the mortgage company is required to file to show that they acquired your property.  It’s what the IRS calls an informational return–it just gives information to the IRS.

You should not receive a 1099-C, which is a cancellation of debt return.  You should not, but you might anyway.  You should not, because there are NO tax consequences for debts discharged in bankruptcy.  So you are NOT taxed on what they didn’t get at the foreclosure sale.   The bankruptcy protects you from that tax.  Here’s the link to the IRS website that says that.    http://www.irs.gov/newsroom/article/0,,id=174034,00.html.

If you get a 1099-C anyway , the IRS may later write to you and say, hey, you owe us another $XX,000.00 because of the debt cancellation.    If you get that letter from the IRS, you need to write them back and say this debt was discharged in bankruptcy.  Send them a copy of your papers.  I’ve always seen that work.   I can get you another copy of your bankruptcy discharge, if you lost yours.

(One thing I should add; I’m assuming your property is here in Virginia or another state that has similar mortgage laws.   If your property is in a state like California, where the mortgage company cannot chase you after a foreclosure, in certain circumstances, it would be really important to file your bankruptcy before the foreclosure sale, not after.)

So, here’s the summary.

IRS letter saying, you owe us all this money.  Write back and say, no I don’t, because of the bankruptcy.  There is a deadline for replying, so make sure you do write back and send them the bankruptcy info.   They are easy to deal with if you reply quickly, but get stubborn if you ignore it until they try to collect the money,

About 750 of those cases were my clients, and each had their own series of events that brought them to my office.

Many were directly related to the mortgage crisis.  (In the last half of 2007, it seemed like half the people I saw were either people who worked in real estate or the mortgage business, or people who had gotten into mortgages that never made any sense.)   But the recession itself has now passed the real estate crisis as the biggest economic cause of personal bankruptcies.   Layoffs, reduced hours and reduced pay, people who just can’t get work.

National studies show the biggest cause of filing bankruptcy, year after year, is medical.  Either medical bills, directly, or lost time from work for medical reasons, or medical expenses for other family members that ends up on the credit cards.

Divorce often goes hand in hand with bankruptcy, as the costs of living separately is almost always more than the cost of living together.  (Some of those divorces are causes by the financial stresses, and now and then I think a marriage could have been saved if people had come to see me sooner, instead of fighting with each other about their lack of money.)

Nationally, there were 1.4 million personal bankruptcies in 2009.  The American Bankruptcy institute expects the number to go higher in 2010.   The national record was set in 2005, when Congress passed the new bankruptcy law, which many people feared would make filing bankruptcy far more difficult.

The cities and counties served by the Alexandria VA bankruptcy court have a population of two million people–that’s about 1.5 million adults.  That 10,000 bankruptcies represents about 15,000 adults, since about half are husband and wife cases.  So pretty close to one out of every hundred adults in Northern Virginia filed for bankruptcy last year.  At that rate, about half of all Americans file bankruptcy at some point in their lives.