Cenlar Doesn’t Know Who They Send Bills To, or Why

Posted by Robert Weed / in Virginia Bankruptcy, Weekly Posts / No comments yet

Cenlar Doesn’t Know Who They Send Bills To, or Why

Cenlar is a mortgage servicer. On their website, Cenlar FSB claims to be “the nations leading loan servicing provider.”  What’s more, they say they have been…”actively engaged in mortgage loan servicing for more than 40 years.”

Last summer, Cenlar upset two of my former clients.  They sent bills Matthew and Christine, saying they were $31,000 past due for a second mortgage on a foreclosed house, in Michigan, that had been wiped out in bankruptcy back in 2008.

Matthew and Christine were understandably upset. They thought this had been taken care of, now it was coming back to haunt them.

They wanted to know if I had messed up on something when I handled thier bankruptcy. I told them I’d take care of it, and that it looked to me like Cenlar didn’t know what they were doing.

Now everybody make mistakes.  But I promise my bankruptcy clients that if an old debt pops back up, I’ll still protect their rights.  Even if it’s seven years later. So I wrote up court papers saying Cenlar had violated the bankruptcy discharge, by trying to collect a discharged debt.  And that Cenlar violated the Fair Debt Collection Practices Act, trying to collect a debt that wasn’t legally owed.  I asked for a $1000 penalty.

I expected Cenlar to say, sorry, our mistake, but it was an accident, so no penalty.

Instead Cenlar denied knowledge of the whole thing!

Cenlar said they didn’t know who Matthew was, or where he lived.  (Even though they sent him the bill.)

Cenlar said they didn’t know who Christine was.  (They sent her the same bill.)

They said they didn’t know whether the bill was for the property in Michigan.  (The bill had the Michigan property address right on it; now Cenlar says they don’t know if that’s right?!)

And that they didn’t know whether the house had been foreclosed!

Cenlar even refused to admit they were the people who sent the bills to Matthew and Christine.

We don’t have to tell you, they said, whether we sent those bills.  You can look at the bills, they told me and the Judge, and figure out for yourself if it was us.

(Now it would be one things to say, that’s not our bill, Matthew and Christine faked it.  But to say, we don’t have to tell you whether that’s our bill.  Come on, guys?!)

Cenlar’s Cute Answer May Not Help Them

I guess Cenlar thinks this kind of B.S. makes them look clever, but actually they may have dug themselves in deeper.

They have said we don’t know who they send bills to, or what we send bills for.

Does a mortgage company want to put that in writing?  To a Judge? They just did!

And on the way to pleading stupidity, they also admitted another violation of the FDCPA. The FDCPA provides a $1000 penalty for harrassment, abuse and unfair methods to collect a debt.

This case is in the US District Court for the Eastern District of Virginia.

That Court is known as the “rocket docket.”  The Judges there say they run the fastest Federal Court in America.

By the end of the summer, Cenlar will have to explain themselves in more detail.  Will they stick to this BS of not knowing anything?  Or will they come up with a different excuse? I’ll let you know. Looking for a bankruptcy lawyer near Falls Church VA?

If you are looking for a bankruptcy lawyer, you want to make the right choice.

There are no full-time Falls Church bankruptcy lawyers

Although I’ve moved my office to Annandale, I’m still the full-time bankruptcy lawyer closest to Falls Church. Here are what some people like you have to say. My Annandale Office is 15 Minutes from Falls Church

Most weeks, I see appointments in Annandale on Tuesday.  Laura Jones my experienced bankruptcy paralegal is usually in this office on Wednesdays. This is my Annandale bankruptcy lawyer office, in the Springdale Professional Center, 5019-C Backlick Rd, Annandale VA 22003. Near the corner of Backlick and Braddock. Laura Jones is the experienced bankruptcy paralegal in charge of my Annandale office. Laura habla español.

Bankruptcy is all I do. More than eight hundred five star reviews!

You’ll like our friendly service. For hundreds more reviews, click here.  When you read the reviews, you can see the smiles. Posted by Robert Weed / in Virginia Bankruptcy / No comments yet

Are You Looking for a Bankruptcy Lawyer in Springfield VA?

Hi, I’m Northern Va bankruptcy lawyer Robert Weed. Every Tuesday I meet with people who live in Springfield VA at my Backlick Rd office, in Annandale.

Are you looking for a bankruptcy lawyer near Springfield VA?  There are no full-time bankruptcy lawyers in Springfield. So, please make an appointment in my Annandale office. It’s just ten minutes away.  We’re at 5019 C Backlick Rd.  Come in for your free consultation.

I know it’s hard to share your financial situation with someone.  Bankruptcy is all we do.  You’ll like our friendly service with a smile.

Laura Jones is the experienced bankruptcy paralegal in my Annandale office at 5019 C Backlick Rd. She lives in Springfield VA

Laura Jones is the experienced bankruptcy paralegal in charge of my Annandale office.  I’m usually with her in Annandale on Tuesdays.  (I also have locations in Stafford, Sterling and Woodbridge.)

Where are the Springfield VA bankruptcy hearings?

The bankruptcy hearings for people in Springfield VA–and all of Northern VA–are NOT in Fairfax,  They are in Alexandria.  The address is 1725 Duke Street #520. 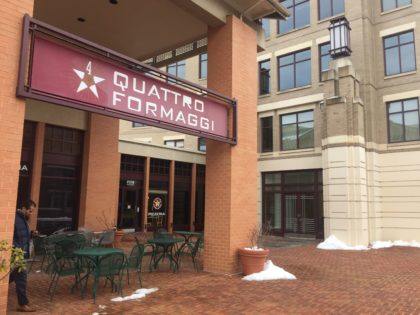 The bankruptcy hearings are at 1725 Duke Street, Alexandria. Rom 520. That’s the office building next to the Quatro Formaggi New York Style Pizza. A good place to park for your bankruptcy hearing is along John Carlyle Street, where there are plenty of parking meters just two blocks from 1725 Duke St.

We’ve helped two hundred people from Springfield get a new start in life.

Here are two Springfield VA bankruptcy reviews.  Honest comments from people like you. Click on this five star Springfield bankruptcy review to see it in full size. Click on this five star Springfield bankruptcy review to see it in full size.

Hundreds additional reviews are right, here.  When you read our reviews, you can see the smiles.

I’m the full-time bankruptcy lawyer closest to Springfield, VA.  And I love being a bankruptcy lawyer, because I can help almost everyone I see.  Call us today and take control of your life, again.