Stopping the debt collector phone calls is one of the three big reasons people file bankruptcy.

(Here are three big reasons: So they quit calling; so they can’t garnish you; and so you can get back to good credit.)

We can stop most of the phone calls right away–even before your bankruptcy is filed. 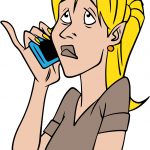 Tell them, “Call my lawyer!”

When you tell debt collectors to call me, they nearly all stop calling you. There are two reasons why they stop.

First, they know who I am. Their computer, anyway, knows I’m an experienced, awarded, top-rated bankruptcy lawyer. They are not going to bother you, because they expect your bankruptcy will be done right and get approved.

Second, the Fair Debt Collection Practices Act makes it illegal for collectors and debt buyers to keep calling.  Now the FDCPA does not cover original creditors–people who first sent you the credit card, like Capital One or Bank of America. But many state laws do. So, to stay clear of trouble, original creditors stop calling, too.

Watch Out for Underground Debt Collectors

One set of people may NOT stop calling. Those are underground debt collectors. They are illegal and know it and don’t care.

Underground debt collectors often make illegal threats. Something like, “The sheriff will be at your job tomorrow, unless you pay us today.”  If you get that, you should submit a complaint to the Consumer Finance Protection Bureau. They do go after the worst offenders.

We Keep Track of those Debt Collector Phone Calls

When you tell them to call my lawyer, we keep track of the debt collector phone calls we get. Most of the time they confirm me in their computer and they drop it. But we do get some and we keep notes on those.

Either way, my fierce reputation helps with part of your new start, even before your bankruptcy case is official. 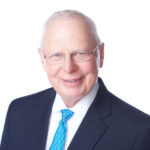